The season was pretty nice. The first place was nice but it wasn't enough for the president's trophy.

The first round of the playoffs was warming up as it can be seen Montreal was destroyed 4:1 on the matches. After a 1 year again meeting from NY Rangers but already in the second round. We thought that we could finally beat them and return them the last year's loss. The opposite became true and we left with a shameful 4:0 defeat. 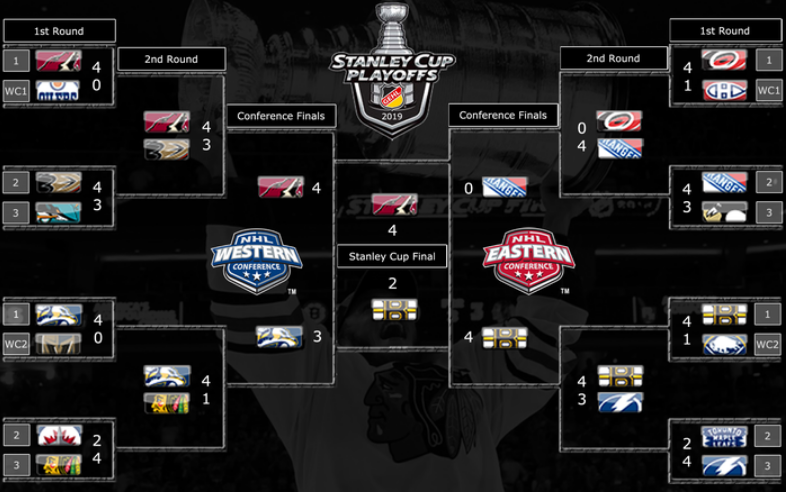