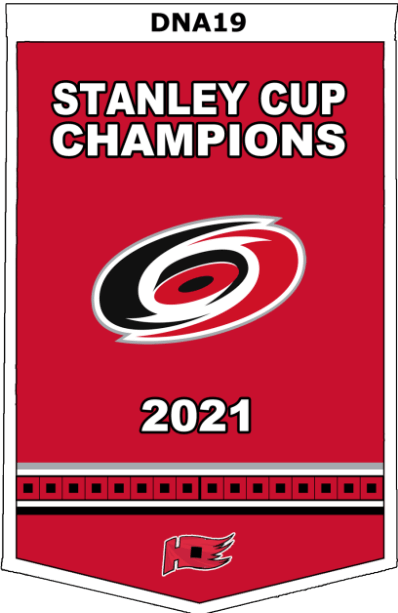 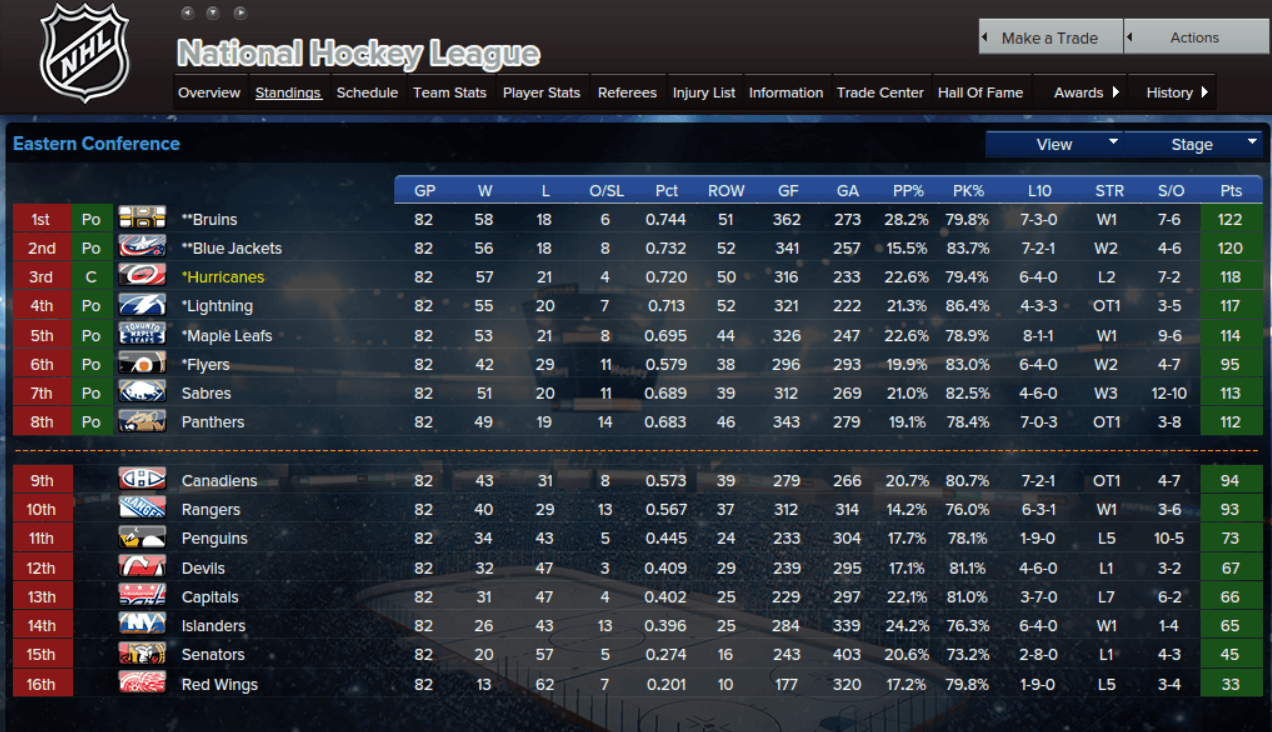 Season ended well we finished third in the Eastern Conference. We missed 5 points in the first place. We got Philadelphia in the first round of the playoffs, I thought it would be an easy opponent but the opposite was true. It was a battle until the seventh game of happy end for the Hurricanes. Another rival was Buffalo Sabres led by star Eichel. The next stop was Toronto unfortunately this team didnt have GM but even so the victory was not easily born in this series. And finally the final where we faced Winnipeg. The decisive match ended 1:0 where A.Kopitar scored the victory goal. 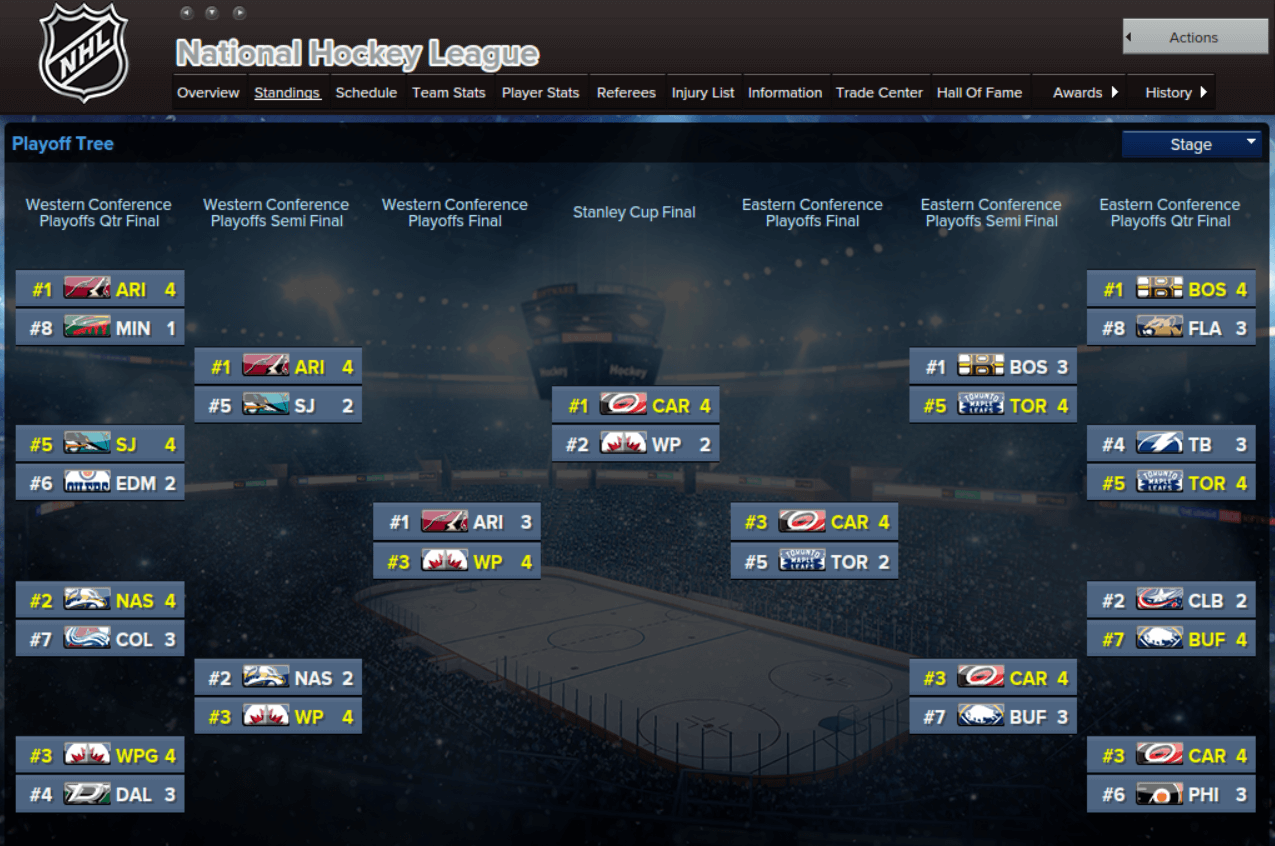 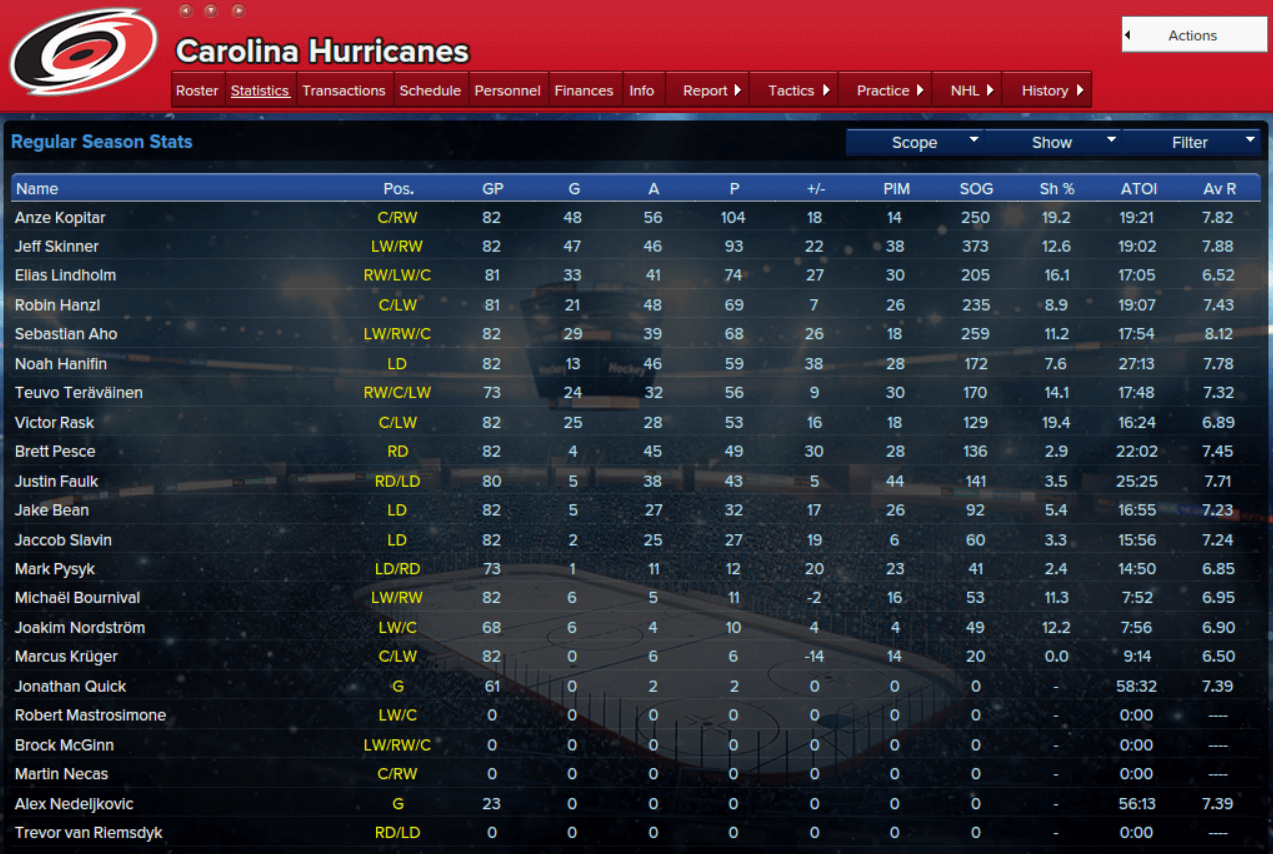 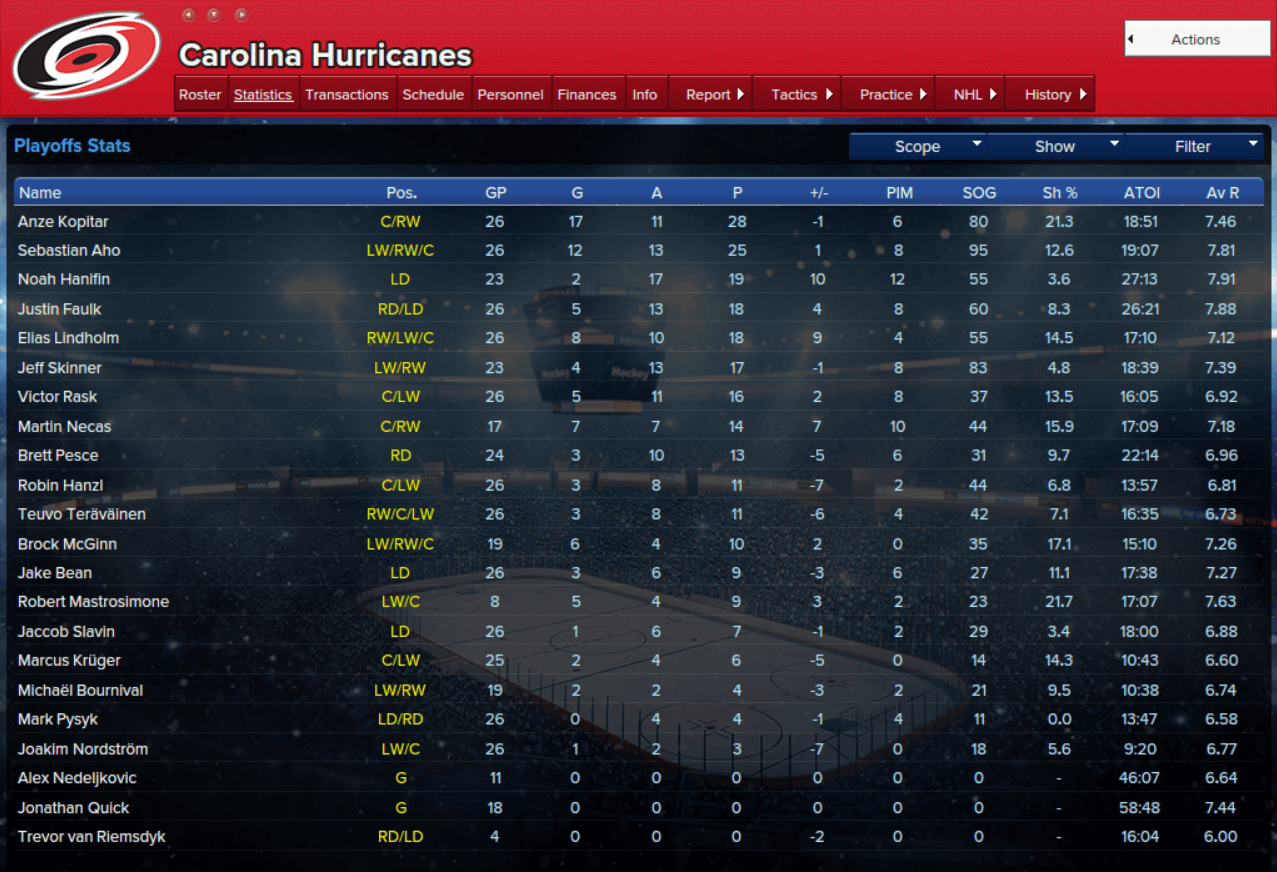